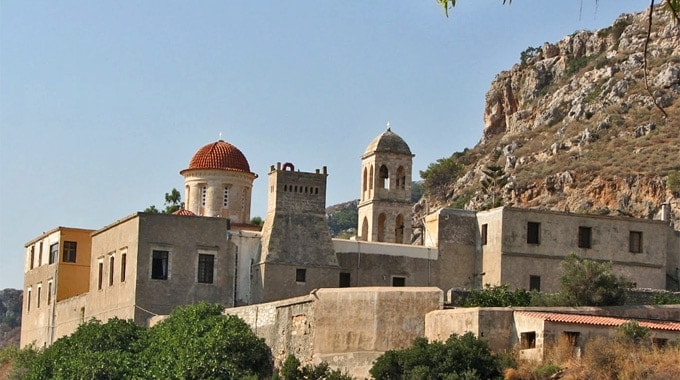 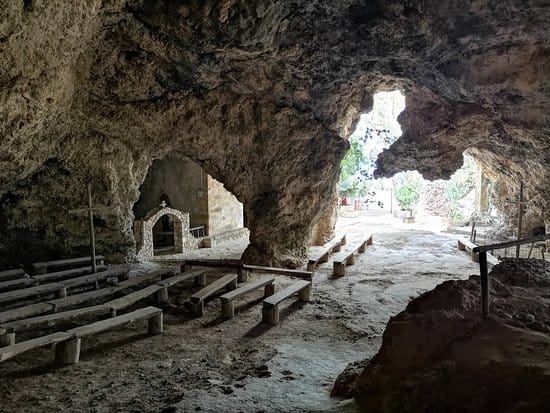 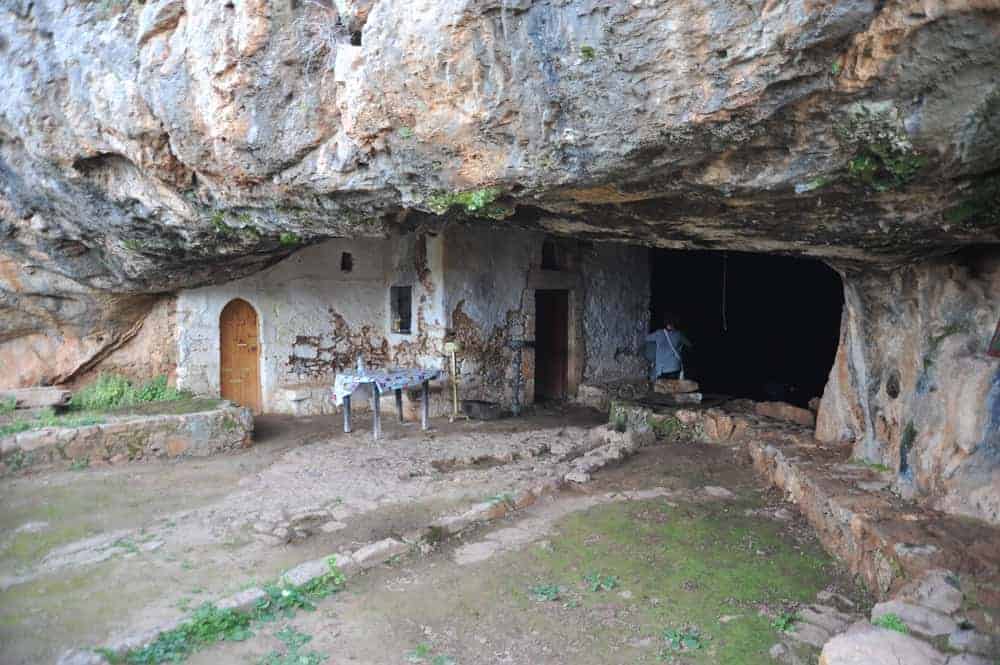 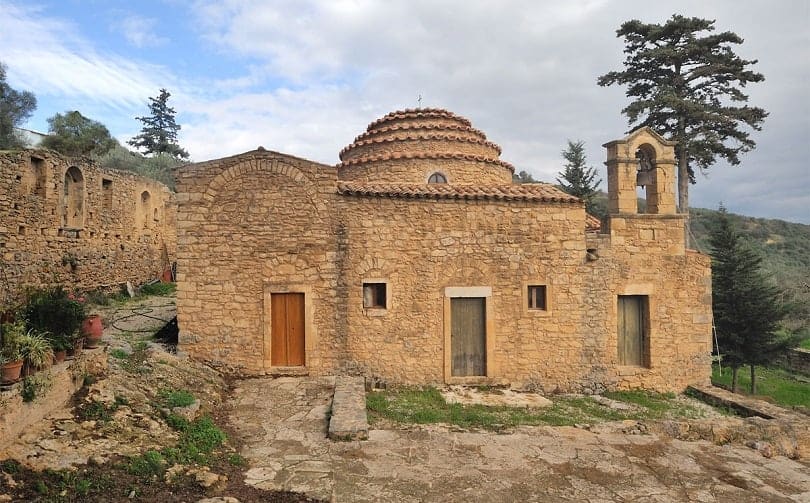 Gonia Monastery, Monastery of Our Lady of Gonia or Monastery of Panagia Hodegetria is an Orthodox monastery overlooking the Gulf of Chania. The monastery was founded in the 9th century and was originally dedicated to St. George. It was rebuilt between 1618 and 1634 in its present location, with Venetian influences in its architectural design. The distinctive fountain in front of the monastery’s entrance was built in 1708 and the belfry in 1849. According to monks the present location at Kolymvari was considered safe from an attack. Despite this, the monastery was heavily damaged by Ottoman bombardment on many occasions throughout its history evidence of which can be seen today by the remaining cannonball lodged in the monastery wall. During World War II the monastery was partly destroyed by German bombing. Today, the monastery contains numerous Byzantine artifacts from the 15th and 17th century. It also has numerous relics and other rare religious treasures from the Byzantine period and ancient inscriptions on the walls.

At the area Marathokefala at Spilia lays the famous historical cave of St. John the Hermit. Inside the cave there is temple of the 15th century and the foundations of old cells that date back in the 17th-18th century. On the left of the cave lies the crypt where Saint John the Hermit hided by the frequent visits of the shepherds and farmers. Attached to this, there is a small room that was used as a Secret School during the Turkish Era. Next to the temple, a crack on the rock drips water throughout the year, “the holy water of the Saint” as told.

The church of Archangel Michael is one of the finest Byzantine monuments located at village Episkopi where it operated as a diocese (episkopi) during the second Byzantine Period. The church is best known as Rotonda as it has circular mastoid dome, like the temple of the Rotunda in Thessaloniki. There is still only a third temple of that type in the Balkans. The Rotunda of Kissamos dates back from the 6th century and its floor is decorated with mosaics with various plant, animal and geometric representations.