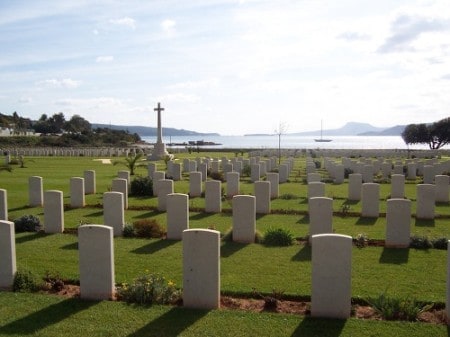 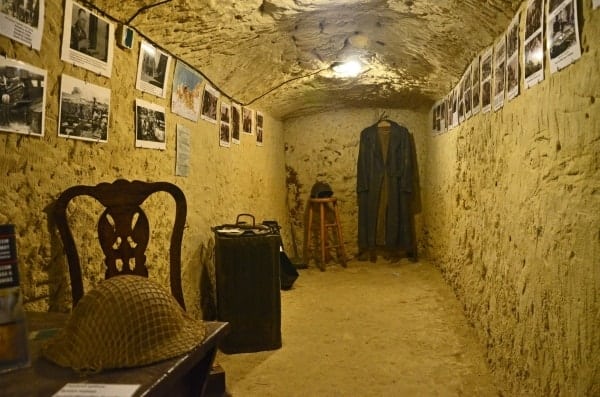 Our journey will start from Maleme. Maleme is best known as a landing site for German paratroopers invading Crete in 1941, at the start of the Battle of Crete (Operation Mercury) during World War II. The paratroopers captured the airstrip, which was located just outside the town. Once captured, this airstrip allowed the Germans to airlift in the reinforcements. Many of the paratroopers lost their lives in the attack and are buried in the German war cemetery located on a hill above Maleme.

In the area of “Vlites”, west from the gulf of Souda, lie the graves of the ally soldiers who fell in battle during WW2. The cemetery was constructed after the war to contain the remains of all the Common State soldiers that fell in the Cretan battlefields and to express the gratitude of the Greek people. It contains the remains of: 862 persons from the United Kingdom, 5 persons from Canada, 197 persons from Australia, 446 persons from New Zealand, 9 persons from South Africa, 1 person from India, 7 persons from other ethnicities; a total of 1527 persons.

Our last stop would be the German Tunnels in Platanias. Locals say that when the Germans occupied the island, due to the strategic position of Platanias village, they settled infantry and artillery and for storing ammunition and other supplies they built underground tunnels in various positions. The most important of these tunnels is the one below the church of Agios Dimitrios.
During the Battle of Crete, a wounded German pilot was carried in Platanias, but succumbed to his severe injuries. In fear of harsh reprisals by the Germans, he was buried in a rough grave next to the church. Unfortunately this point was later chosen by the German officer for starting the construction of the shelter. The Church Commissioner at that time Michael Stamatakis invoked the sanctity of an olive tree located at the entrance of the tunnels to persuade the Germans to move the starting point 3 meters away, in order not to reveal the secret.